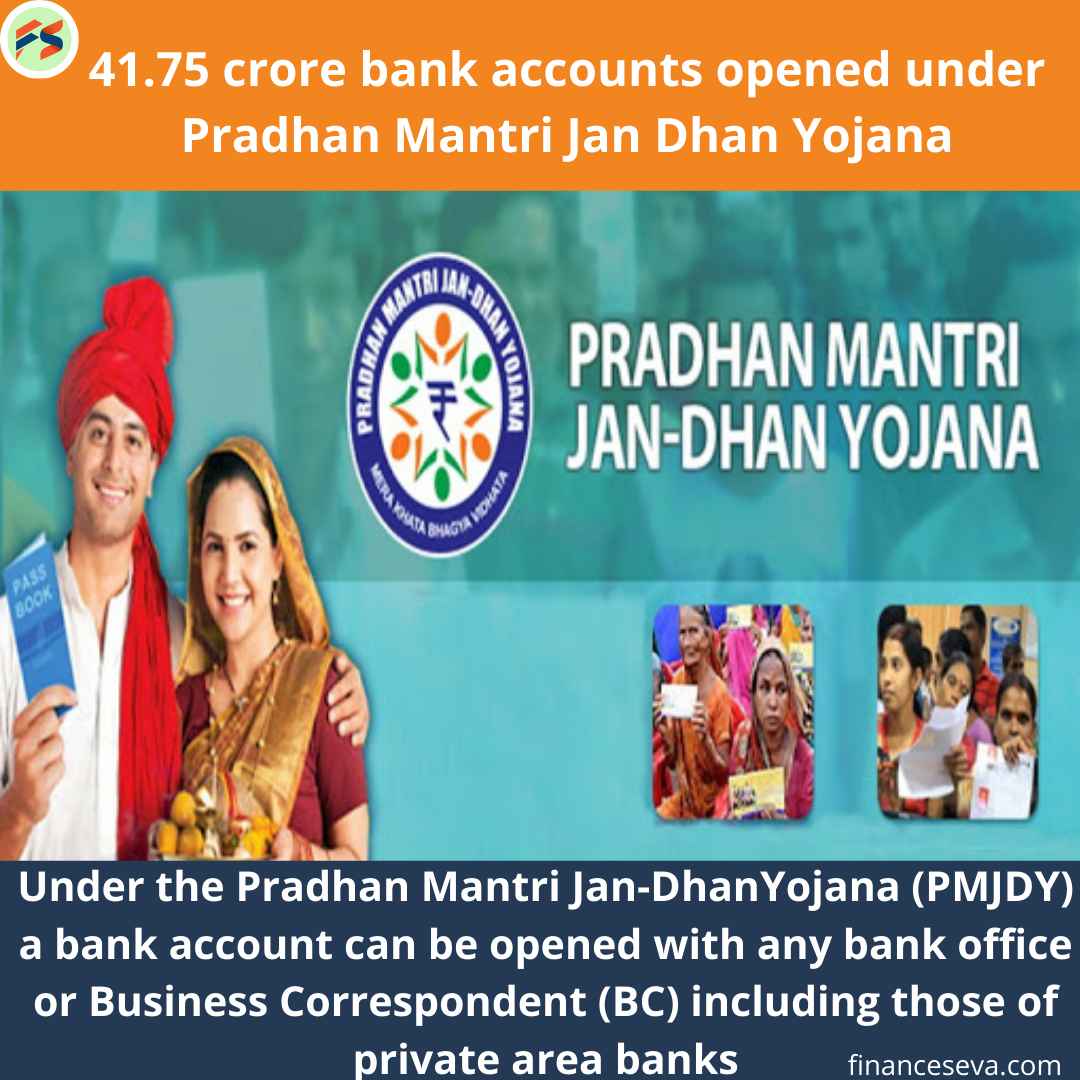 The public authority today said that an absolute number of 41.75 crore accounts have been opened under Pradhan Mantri Jan Dhan Yojana (PMJDY) out of which 35.96 crore accounts are employable.  This was expressed by Anurag Singh Thakur, Union Minister of State for Finance and Corporate Affairs in a composed answer to an inquiry in Lok Sabha today. The public authority collected the information from Public Sector Banks (PSBs) [including supported Regional Rural Banks (RRBs)] and 14 significant Private Sector Banks, as on 27 January this year.

Under the Pradhan Mantri Jan-DhanYojana (PMJDY) a bank account can be opened with any bank office or Business Correspondent (BC) including those of private area banks. Anurag Thakur said that, all out number of PMJDY accounts opened by PSBs (counting supported RRBs) and 14 significant private area banks are 40.48 crore and 1.27 crore individually.

According to RBI rules dated 10 June 2019, banks are needed to offer the accompanying least financial offices, gratis, to the BSBD account holders, with no necessity of least balance.