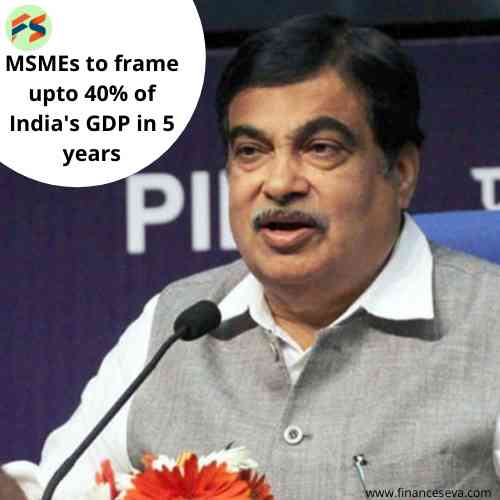 Union MSMEs Minister Nitin Gadkari has expressed that the goal of the public authority is to ensure that MSMEs make up 30-40% of India's GDP in the upcoming five years. Gadkari was talking at the 18th Edition of the Hindustan Times Leadership Summit 2020. At the Summit, Gadkari assured to give more value to the agriculture, tribal, and rural area.

Discussing the progressing farmer protest against the Center's new farm laws, Gadkari stated, "Farmers will get more cost for their harvests. All reforms are in light of a govt concern for the farmer. But there are few people who create confusion in farmer's minds. Expectations are there that farmers will understand the reality and would like to support our govt's approaches."

Gadkari, likewise being the Union Minister for Road Transport and Highways, discussed the Center's new Motor Vehicle Act. Gadkari clarified, "I am sure that the new Motor Vehicle Act will give another vision to the total street wellbeing program through which we will reduce accident cases ".